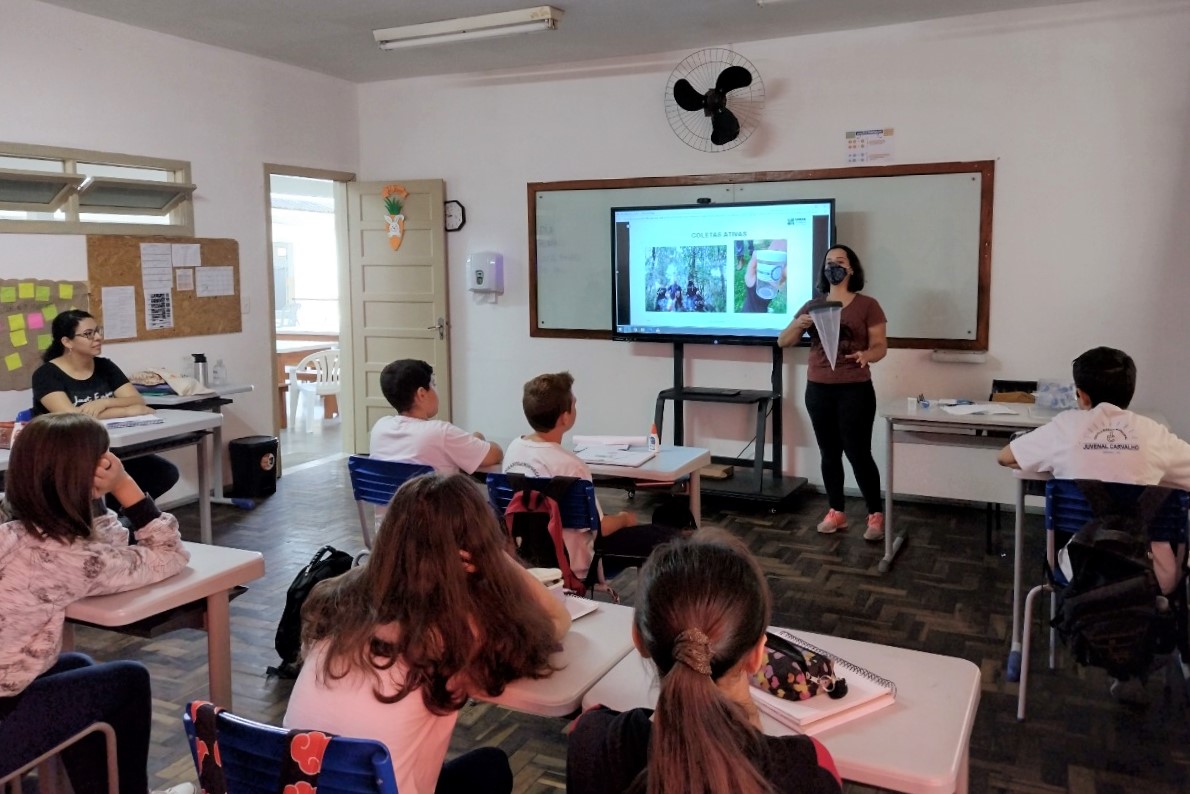 Project actions carried out in the schools of the municipal network of Indaial – Photo: Disclosure / Municipality of Indaial

A project developed at the Agroveterinary Science Center (CAV), of the State University of Santa Catarina (Udesc) in Lages, aims to identify the genetic material of the yellow fever virus in urban mosquitoes, in different regions of Santa Catarina.

The aim is the creation of the “Mosquito in the box” program, which intends to integrate the community in the search for the vectors responsible for the spread of the virus. Researchers are looking for genetic material from the yellow fever virus in the specimens to create a map of the vector’s situation in the state.

One of the actions took place at the beginning of the month in the municipality of Indaial. Seventh-year students from two municipal schools attended a meeting with Master student Mariana Farias Brandão, who is developing the research, led by Professor Luiz Claudio Miletti, in the specialization course in animal sciences.

In collaboration with the Indaial Department of Education, the researcher applied the project to the Encano Baixo Rudolfo Alfarth and Juvenal Carvalho schools, where Adultrap®-type traps capable of capturing the female Aedes aegypti mosquito were also installed. The species is primarily responsible for infecting people with yellow fever in urban areas.

The students attended a lesson on the subject, participated in a question and answer game and received, at the end of the meeting, a kit with two bottles to collect mosquitoes in their homes. The insects captured in the schools have been delivered to the master’s student and will be analyzed in the laboratory, together with the other collected samples, also in the Jorge Hardt Municipal Park.

The results obtained from the study will be made available for epidemiological surveillance actions of the Unified Health System (SUS), helping in effective control and / or prevention strategies against vector-borne diseases.

In addition to Indaial, the project has already been carried out in the city of Mafra and will also concern the municipalities of Joinville and Criciúma. The locations were chosen on the basis of data provided by the Epidemiological Surveillance Directorate (Dive) on epizootic diseases in the cities of Santa Catarina, i.e. the onset of yellow fever in an animal population (monkeys).

The project has investments from the Fundação de Amparo à Pesquisa and Inovação do Estado de Santa Catarina (Fapesc), through Public Notice nº 16/2020, of the Research Program for SUS: Shared Management in Health (PPSUS).

* With information from the Municipality of Indaial